The LAIT app is now called “Mosho” which stands for “Mobile Show.” This name change comes about as the LAIT application system has evolved and been re-written to the extent that it is time to christen it with a better name. The feature list is quite extensive now, and it is now being used by other dance and theater companies. For example, Erica Mott and Dancers used Mosho in their production of “Mycelial” at the 2018 Bates Dance Festival, and the Know Theater of Cincinnati used it in their production of Ada & the Machine in April 2018.

We also have a beautiful new logo, designed by Ran Tao. You can search the Google Play Store and Apple App Store for Mosho the next time you attend a Mosho-enhanced performance. 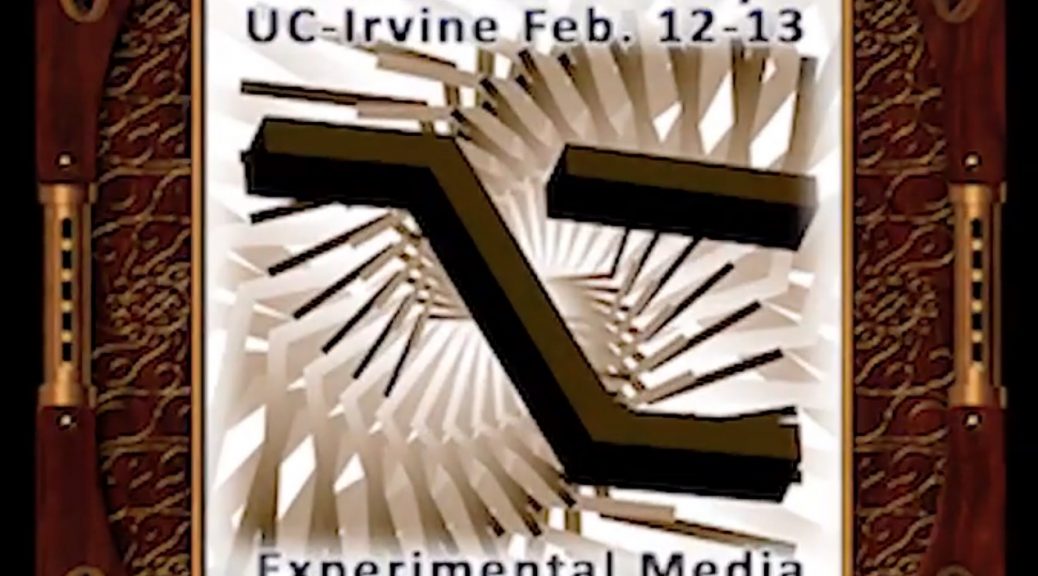 INTERFACE: Alternate Reality is a new work-in-progress that had its first incubation period during a three-week residency as a 21C Seed project at the Institute for 21st Century Creativity at the UC-Irvine Claire Trevor School of the Arts. This work builds upon our earlier works which use the LAIT mobile application system for live performance, Critical Mass and Public Figure, both of which seek to use the mobile phone as a means of increasing audience engagement with dance as an art form and theatrical experience. Alternate Reality is a work that incorporates game culture and game thinking into the conception of live dance performance. It seeks to find ways to modernize dance performance to be in line with contemporary culture that is heavily influenced by first-person user interaction and competitiveness and the goal-orientated thinking which that promotes. Many people, particularly young audiences, are used to taking an active role in the direction and outcomes of their entertainment activities. They’re used to using game controllers that help them navigate game structures. With the capabilities of our LAIT-based app, now called “Mosho”, we have been able to craft a live-action game structure that incorporates contemporary dance.

We crafted a plot where a ship (undefined: could be a spaceship, or a sailing vessel) had hit a maelstrom which scattered her crew into many different places and times, and now they all were existing resulting in alternate realities. The captain of the ship was looking to reunite them, and enlisted the help of the audience “players” to locate them and bring them all back to one reality. To reunite the crew, the players had to solve various puzzles that would yield clues, that would lead players to discover keywords by scanning AR target images. These words were then used to complete phrases about “reality” which had come from three famous personages: Albert Einstein, John Lennon, and the film director Tim Burton. The audience used the Mosho app to find the various locations of the crew, to solve the puzzles that were found at each game level, to scan the AR target images to uncover the keywords, and then text those keywords to the captain.

Below is video documentation of the work-in-progress showing. For even more in-depth writing about this production, visit Prof. Toenjes’ new CV site page about Alternate Reality.

I have just updated the video of how the cellphones performed during the Critical Mass shows. This gives you a great insight into how the system works, and how it is integrated into the performance. Check it out!

LAIT was used at the 2017 West Hollywood Dance Festival to deliver interactive program notes to the audience. The app took the place of paper programs and displayed the title of the dance, the dance company, and other information about the dance that the choreographers wanted the audience to know. The audience could move freely through the program because LAIT now has quite functional buttons and menus that make it operate more like a typical app on a smartphone. This lets the app function on its own without the need for the stage manager to trigger cues all the time. This was a very successful use of LAIT in a different way for live performance.

Here are a few screenshots to give you an idea of how it worked:

We are hard at work on the premiere of the dance Critical Mass, which will occur on February 2-4 at the February Dance concert at the Krannert Center for the Performing Arts. We have a cast of eight U of I dancers, and Chad Michael Hall of Multiplex Dance came back from Los Angeles to work with us once again on the conception and choreography. We are having to make the work for both audience who will be coming onstage as well as audience that will sit in the seats like a traditional theater, so we’ve have to redo some of the staging. But the LAIT app is going to be central to this show, and showing off its many new capabilities! Tony Reimer, our programmer, has been hard at work, and he ROCKS!!

We started a new collaboration with Chicago-based choreographer and director Erica Mott. The work is entitled Mycelial: Networked Bodies, which uses the incredible life-giving and communicative capabilities of underground networks of forest mushrooms as a metaphor for the interconnectedness of various fractured communities. To that end, we are working on having mobile devices running LAIT be able to be assigned to different groups, and to have those groups respond to specific messages in real time. Watch the video of the first week’s workshop:

Once again, LAIT is making waves, this time within the University of Illinois alumni community. It is featured in an article in the Summer 2016 edition of Illinois Alumni magazine.

The LAIT app was featured in an article in the Chicago Tribune, just in time to promote our Critical Mass production in April. The article talks about the app and how we are using it to advance the future of performance. 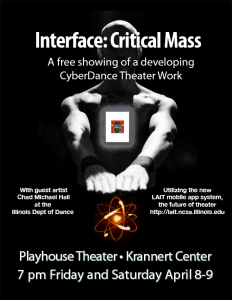 The next dance using LAIT is being developed at the University of Illinois. Chad Michael Hall from the University of California-Irvine is once again working with LAIT’s director John Toenjes to make a new dance featuring LAIT. We’re excited to use the nearly-released version 1.2 of LAIT in this dance, which will be shown in its nascent state on April 8-9 at 7 pm in the Krannert Center Playhouse Theater. We hope lots of people will come to check out the latest theatrical use of LAIT in a dance context. Contact us for more information.